Today’s joint ride with Hull based Beech Holme Tandem Club was a winner. 9 Tandems and 7 Solos, lovely sunshine and an extremely cycle friendly cafe at Birkin all made for a most enjoyable day. Yes, there was a bit of a headwind on the way back. That’s probably why many people had double helpings at the cafe. But for most riders, the flat 21 miles near Fairburn were a delight. And why do I say for most riders? Because not content with the 21, Keith and Mike cycled out and back from Huddersfield. I guess that will push their total tally towards the 100. Well done to everyone!!!! 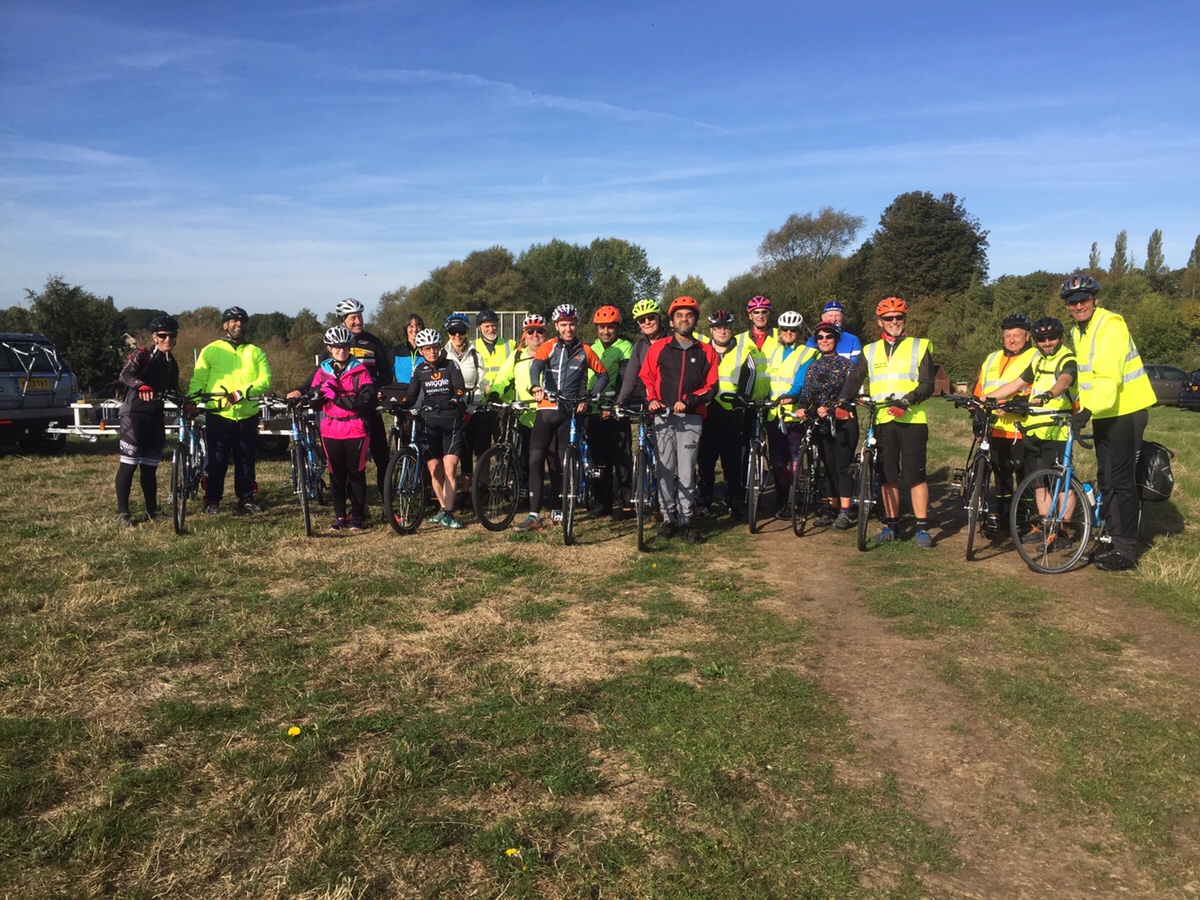 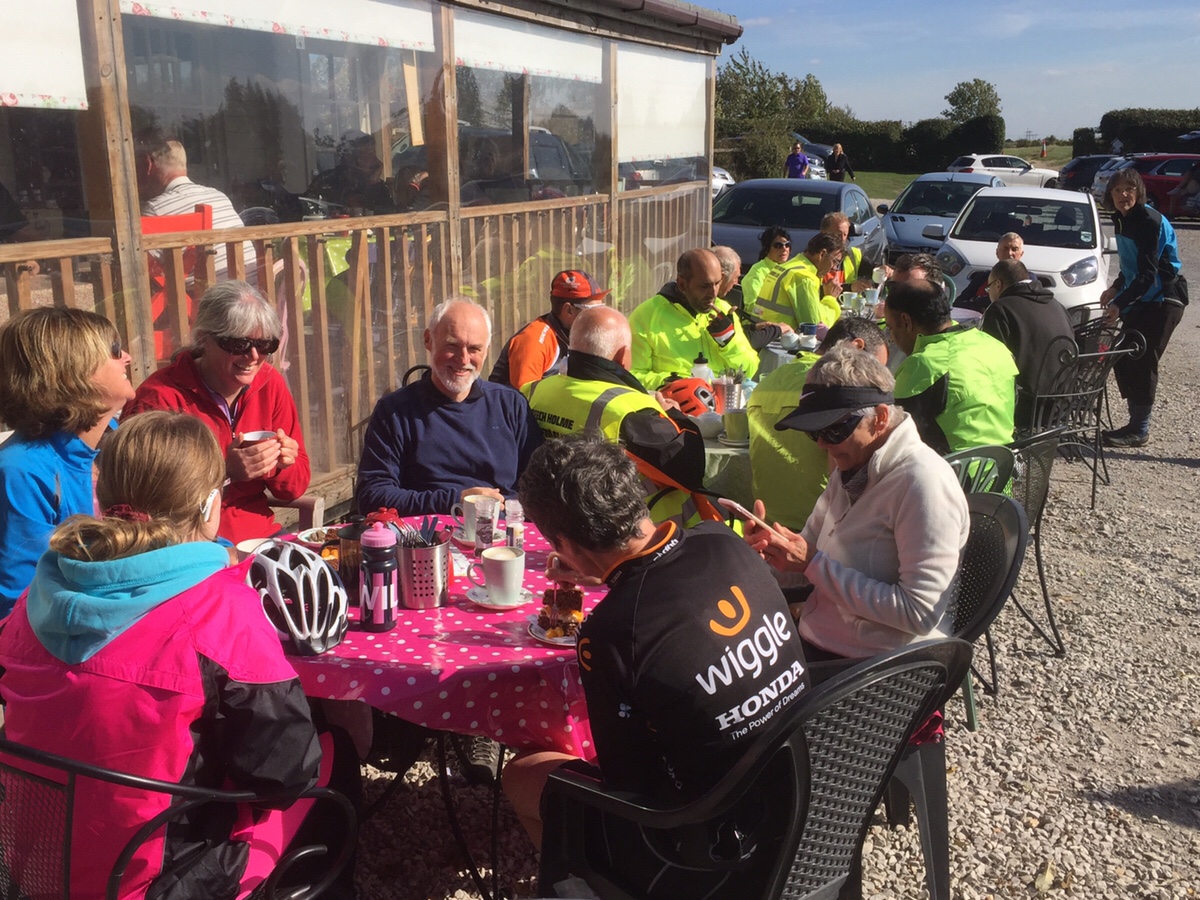 Another brilliant ride with Ten Tandems trundling up the local Greenway. Absolutely fantastic to see new pilots Mark, John and Richard joining in the fun. Thanks guys – we really do appreciate you coming along and hopefully we’ll see more of you on future rides. Also great to have Sally and Josh, who are relatively new, coping so well. You were both awesome.

And apologies to Elisa who had to put up with Keith’s various renditions of Simon and Garfunkel and to Tariq who laughed so heartily at Paul’s jokes. You were very convincing, Tariq.

Today’s pictures show the bikes and riders on the viaduct as we head home, a pensive Barney, a smiling Josh and Brittany and a couple of group shots at the Coffee Counter Cafe. 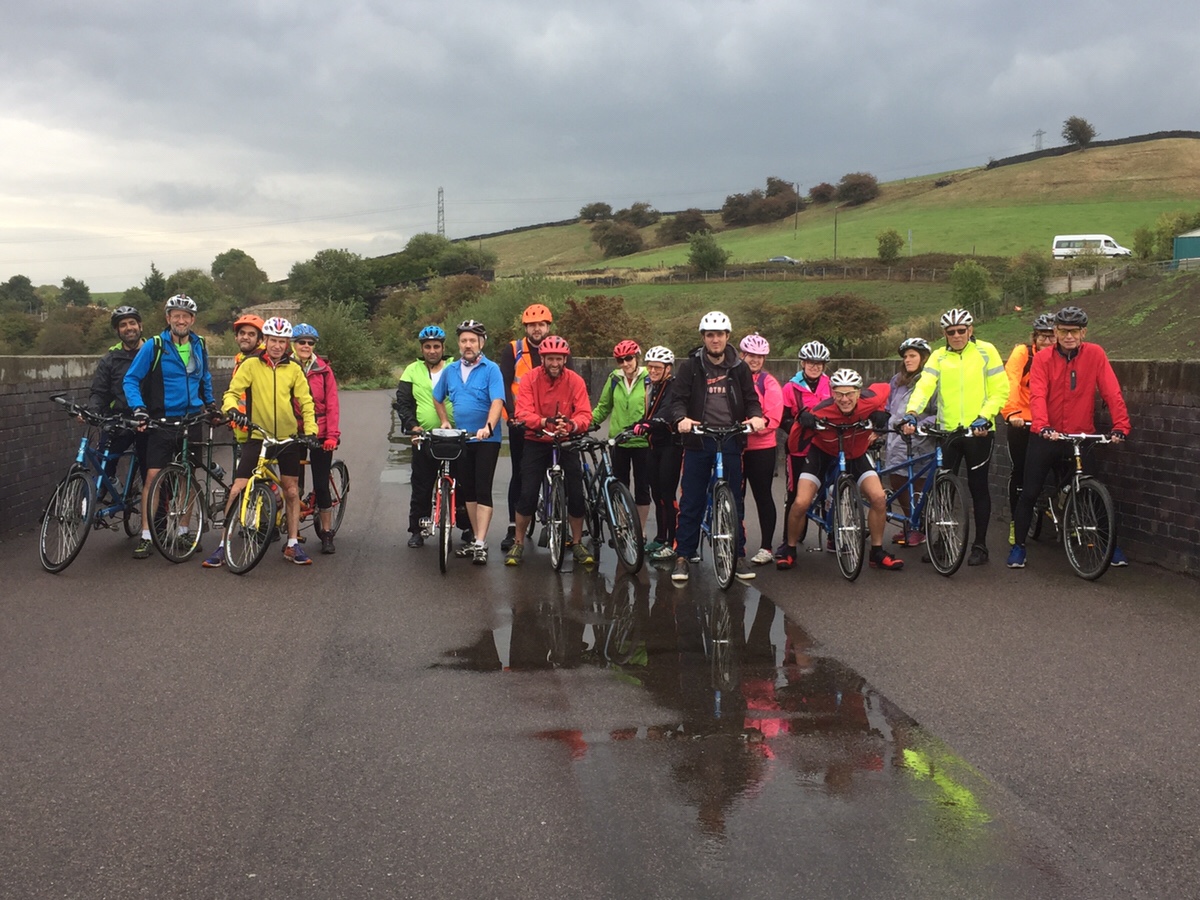 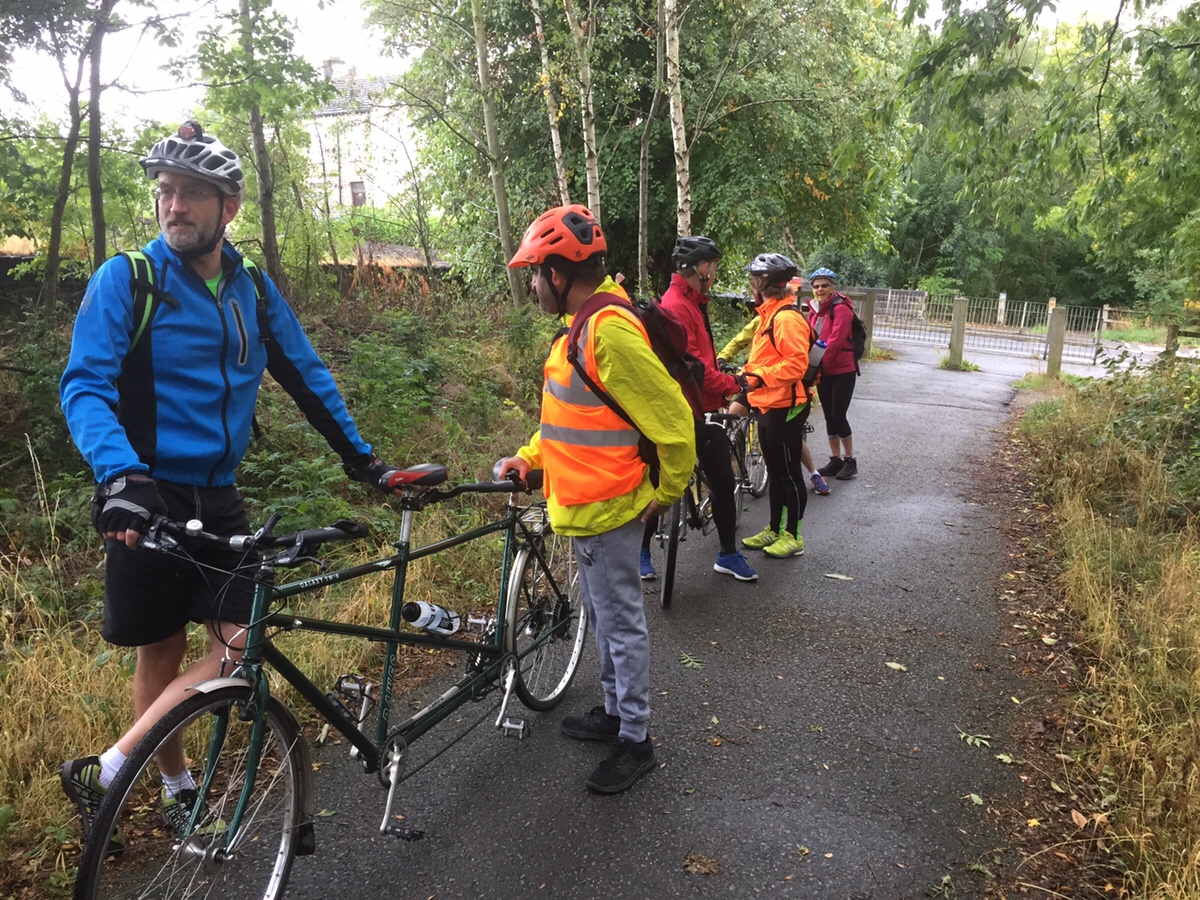 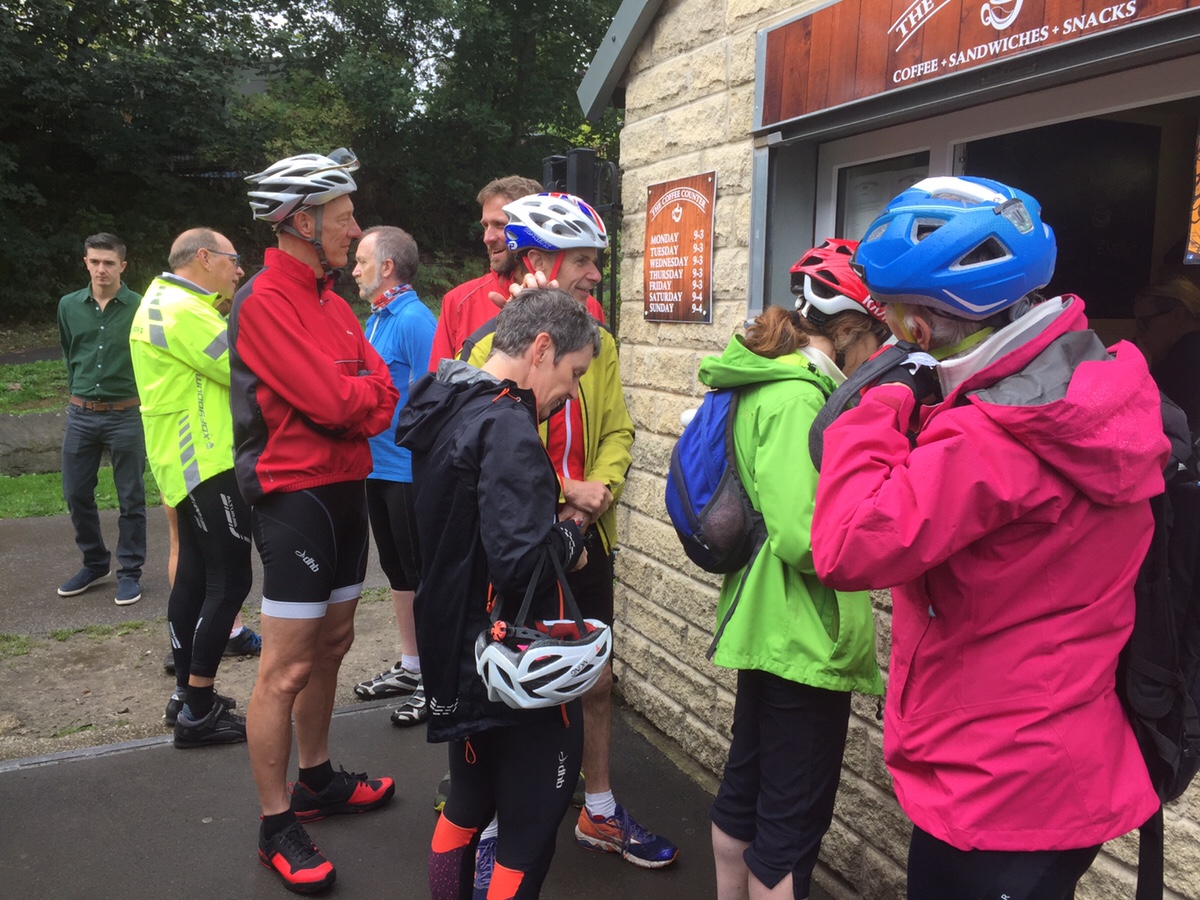 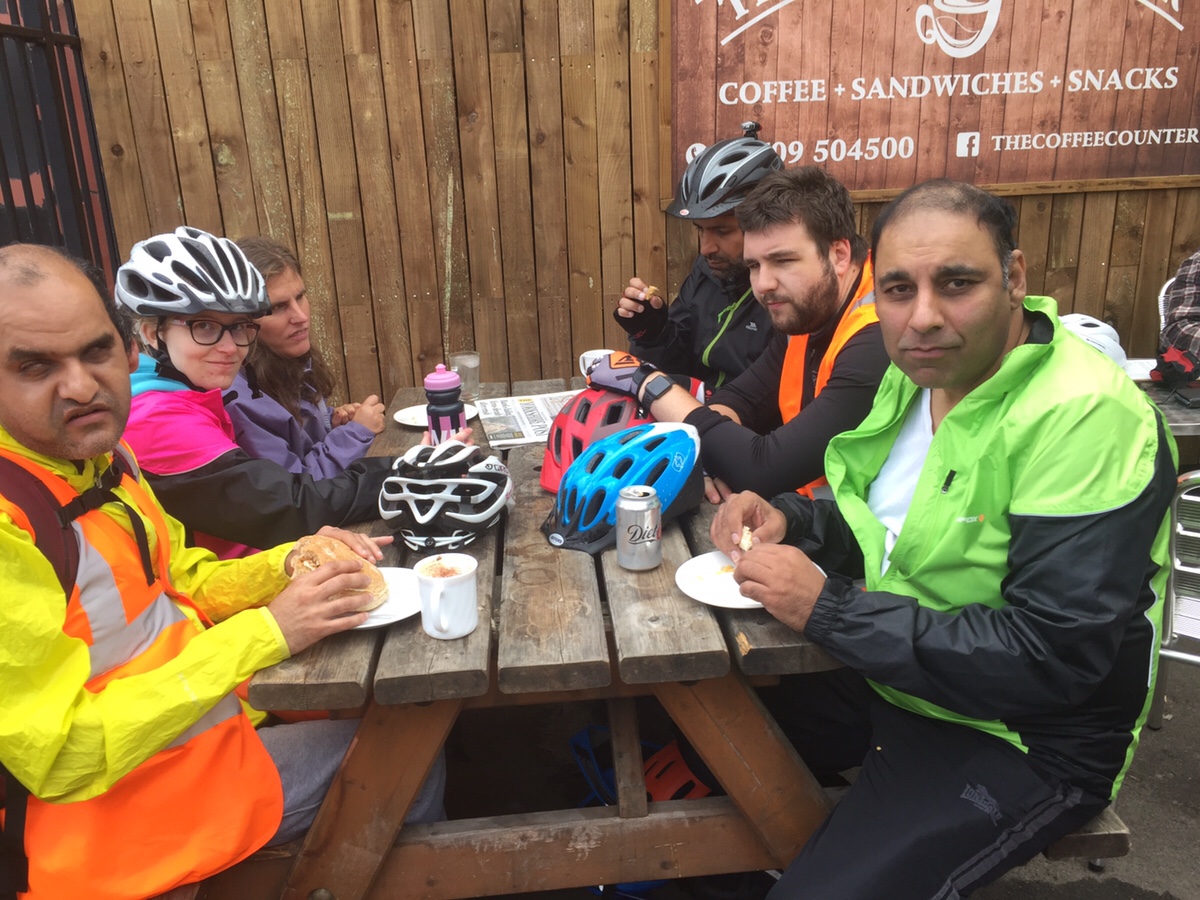 Wow – what an absolutely brilliant weekend away. 20 trekkers in attendance for all, or part, of our stay in Coalport.

Yes, there was a bit of rain on the Saturday, but nothing like enough to dampen spirits on our 20-30 miler (there was a choice of return route) along some delightful country lanes.

And Sunday’s sun made the 20-25 mile trip along disused railway lines more than memorable.

Of course, cafe stops are an integral part of any ride, and Keith did us proud on both rides, finding us two excellent refuelling stations.

But to only tell you about the tandeming would be to tell you less than half the tale.

Saturday night’s nail-biter of a quiz went right down to the wire. It was an epic Pilots vs Stokers billing. Only did the final round see the Pilots narrowly clinch victory by two points.

And then the real talent emerged. First up, Mr Weatherly on the Ukulele. His rendition of his self-composed “Tandem Trekkers are here” brought the house down; almost literally. Next up, Drew Mann, confirmed what everyone long suspected. Should Shakespeare be alive today, a star-performer would he have seen. And finally Paul told a joke; at least I think that was what it was meant to be.

In short, it was nothing short of superb to see some of Trekkers more seasoned participants mixing it up so well with a number of newbie pilots and stokers both on and off the bikes. 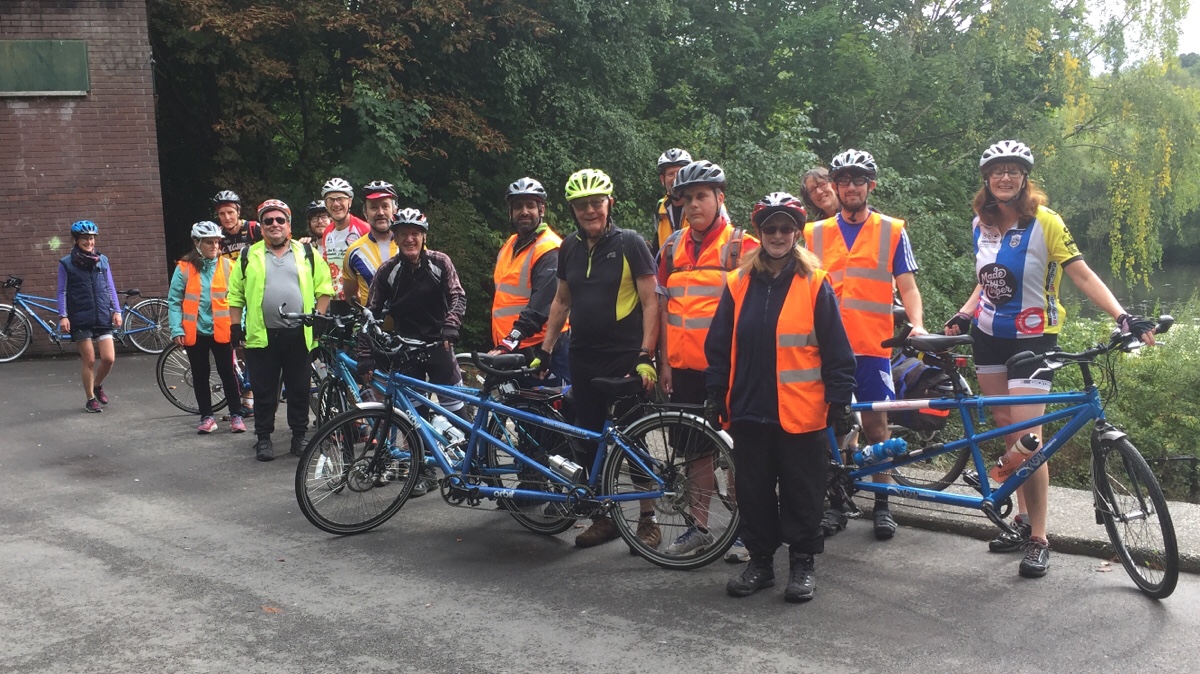 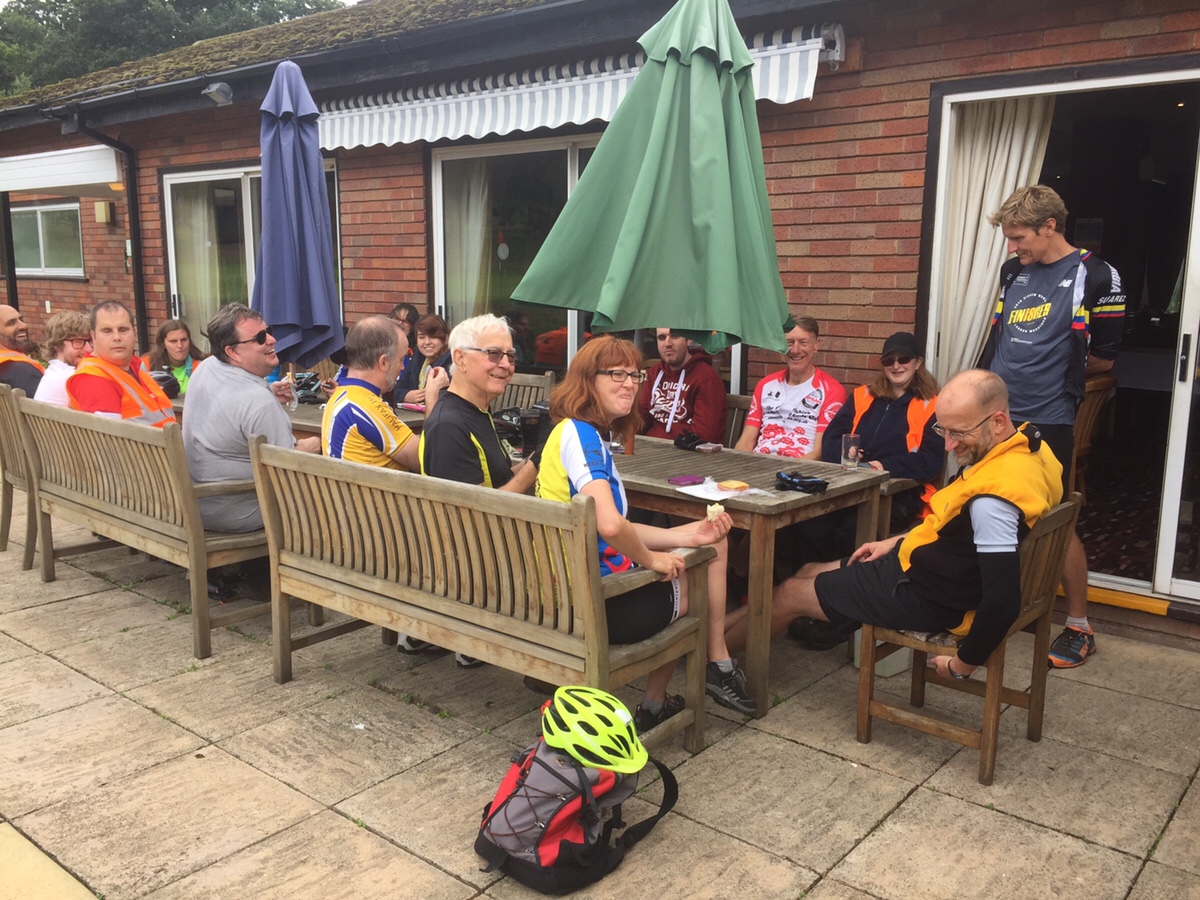 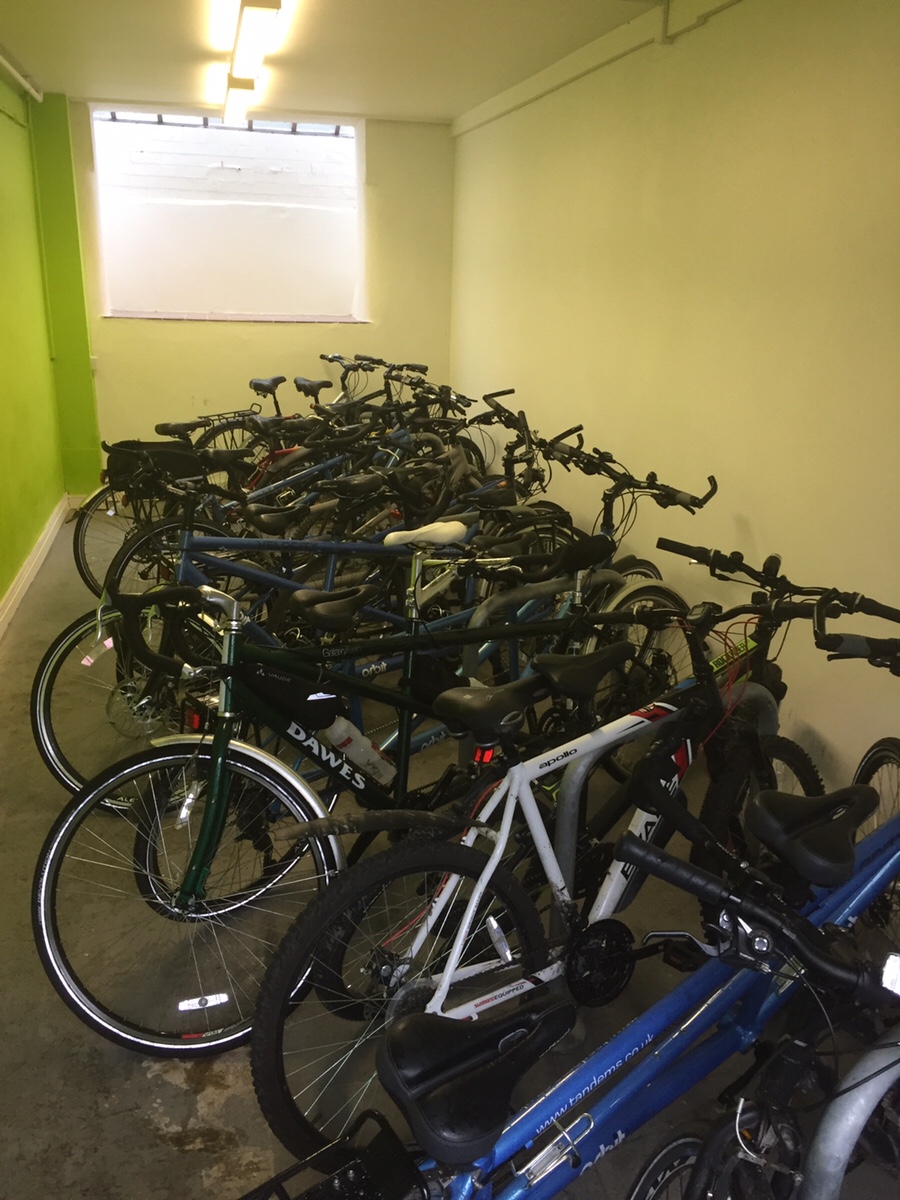 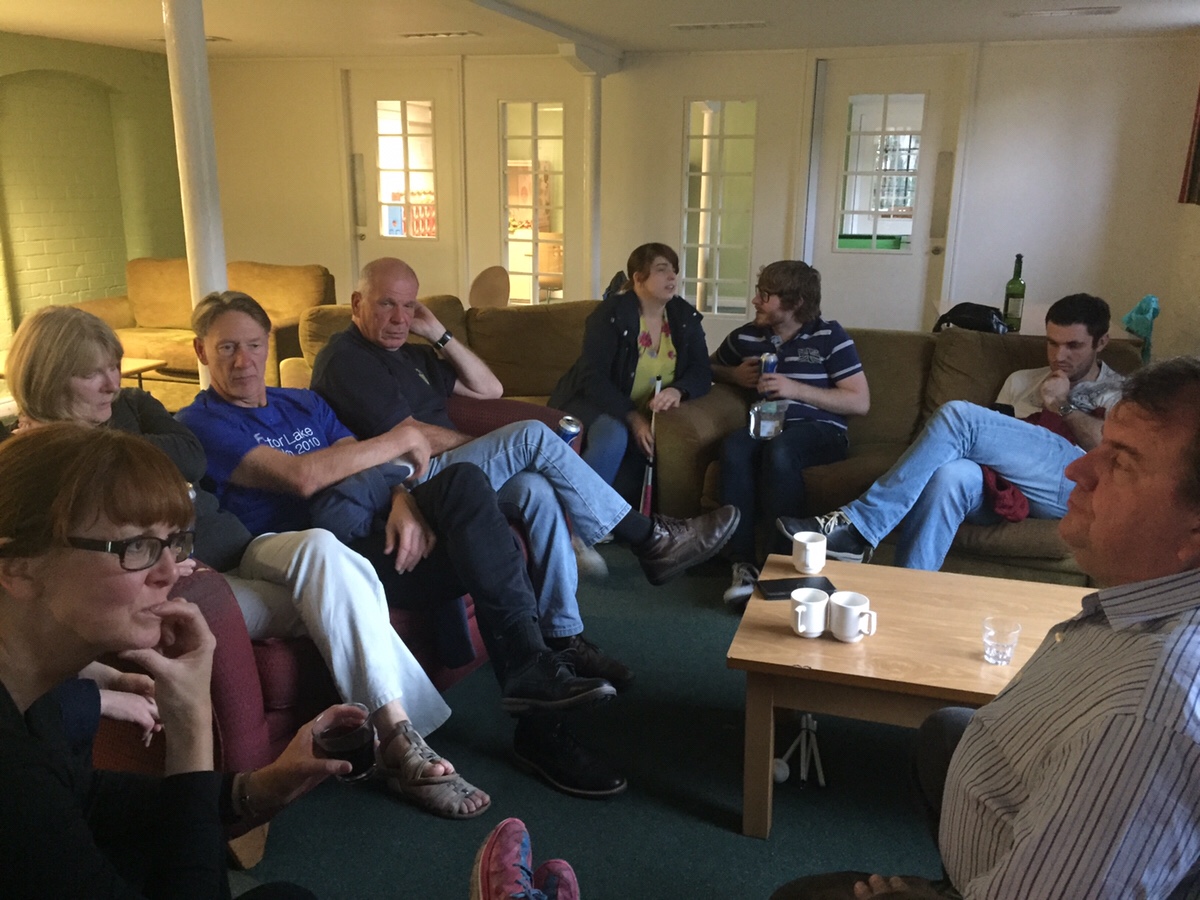 It’s not often we get more pilots than stokers but today we did. In fact we had over twice as many pilots (9) as stokers (4). Fantastic to see new pilots Sally and Chris – both experienced cyclists in their own right – take to tandeming so seamlessly. And I think we had our youngest ever stoker. Well done Robin ! Also, special thanks to Michael for taking some more footage for us. 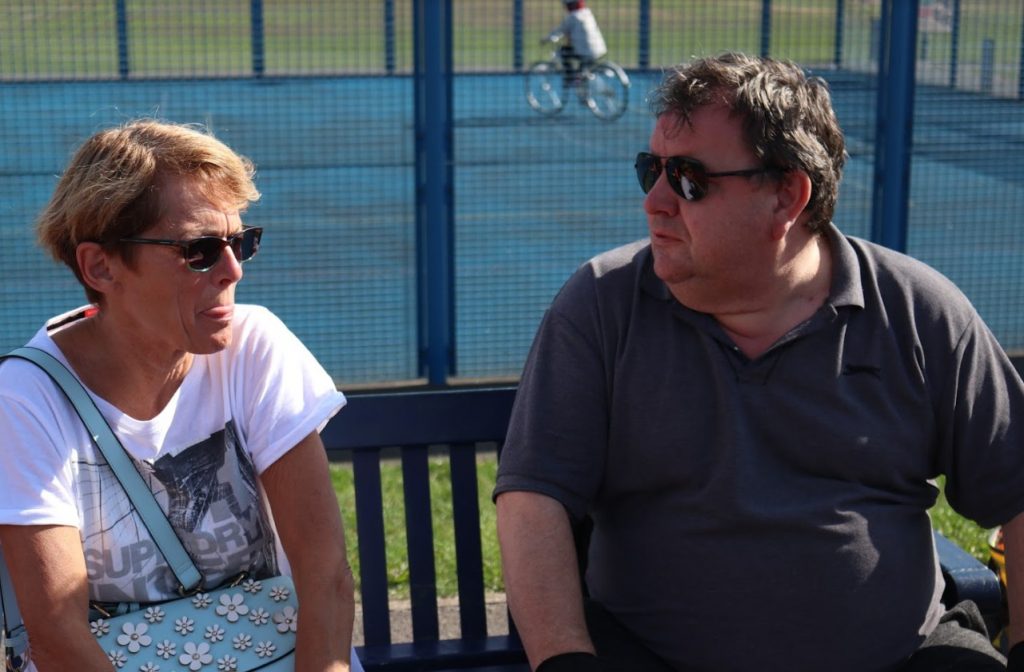 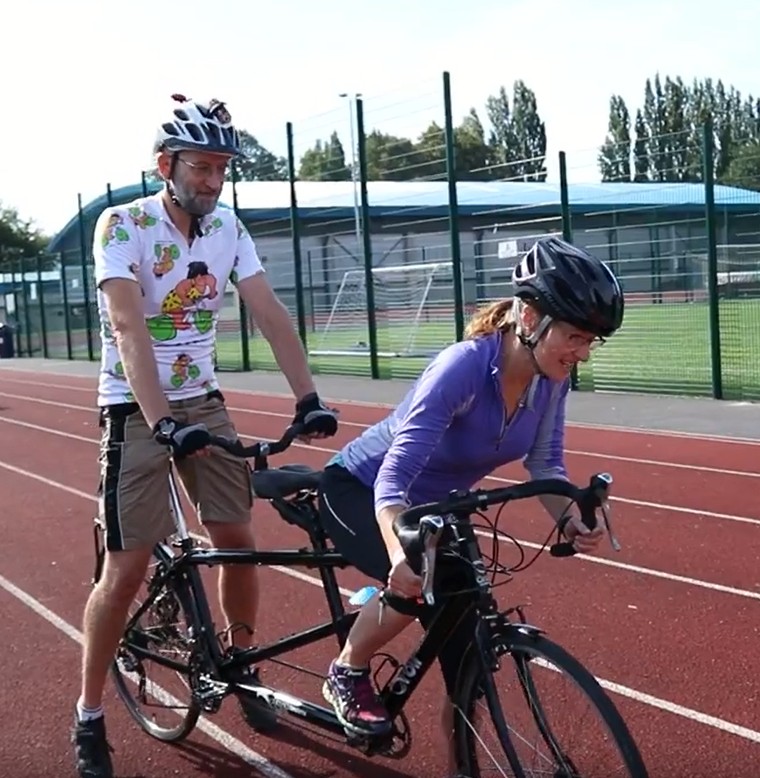 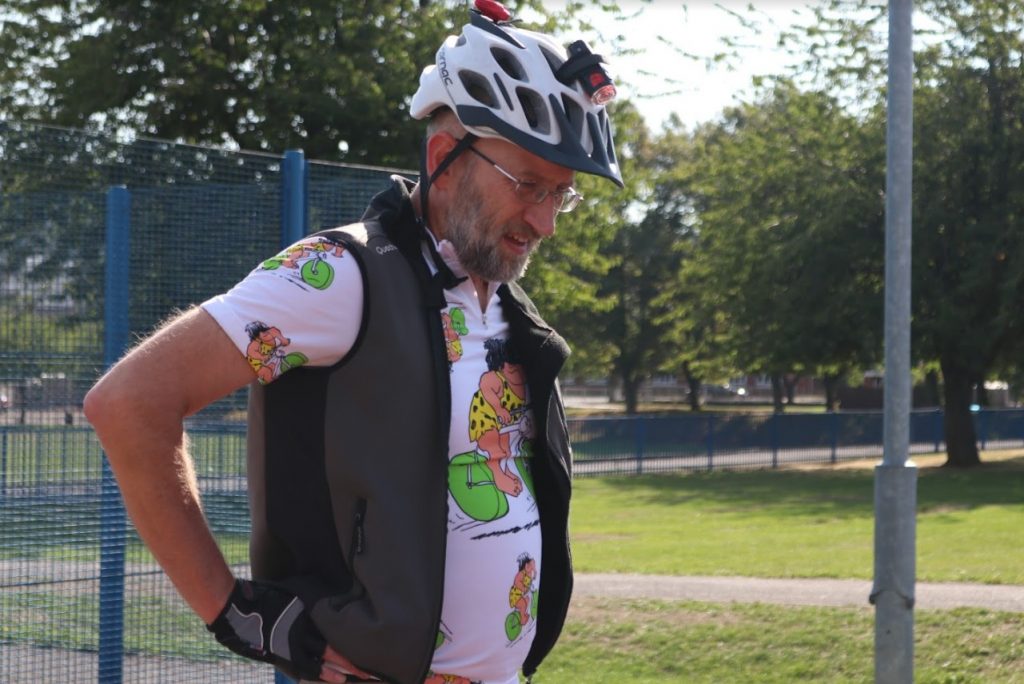 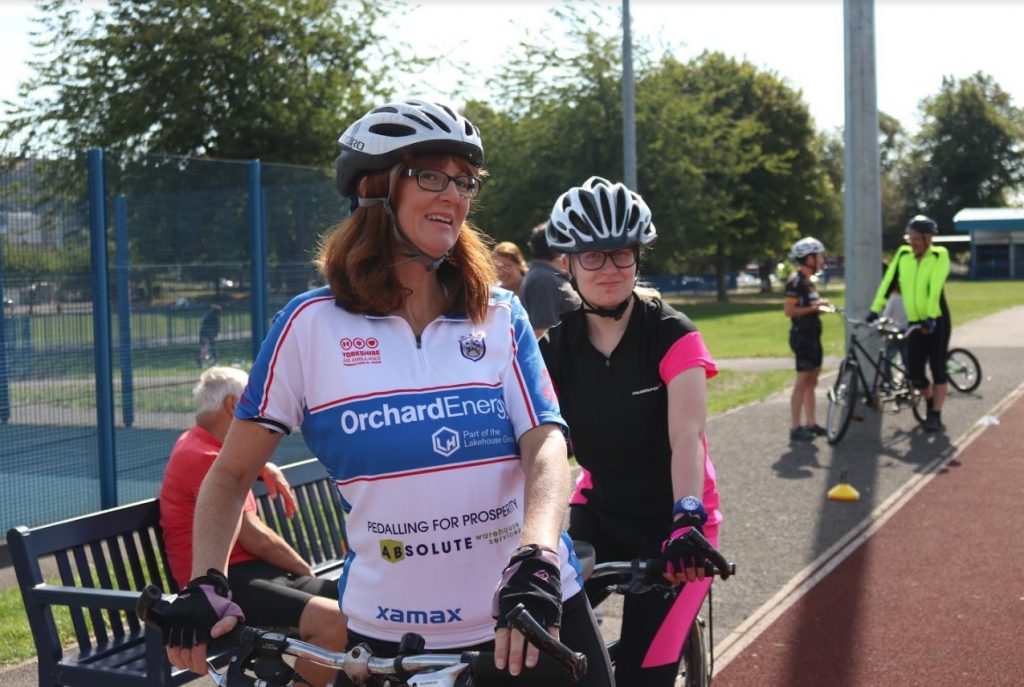 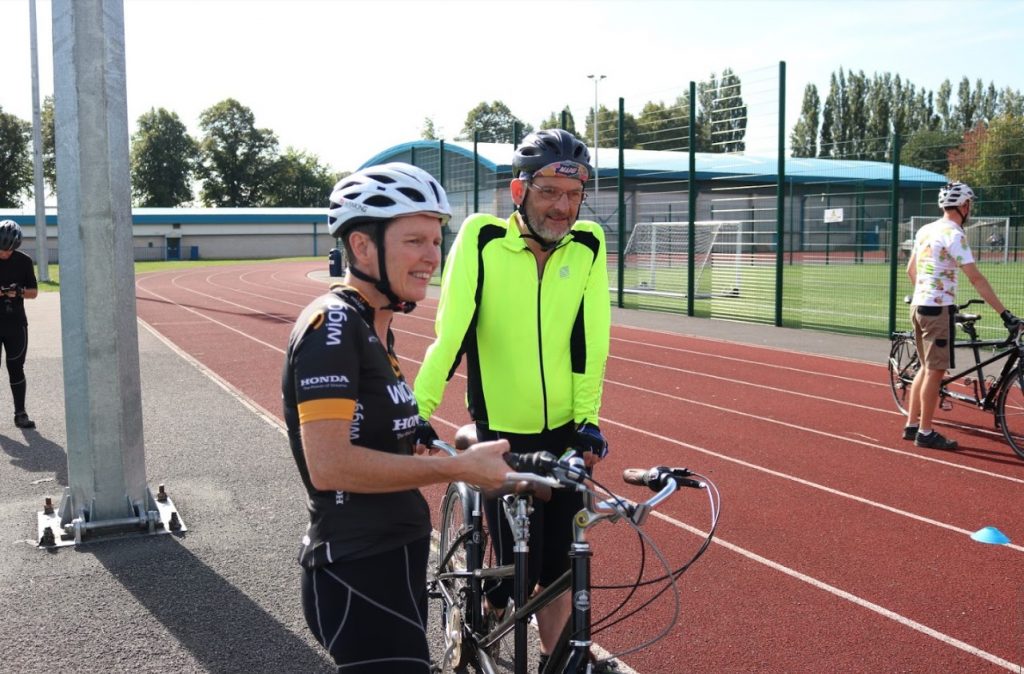 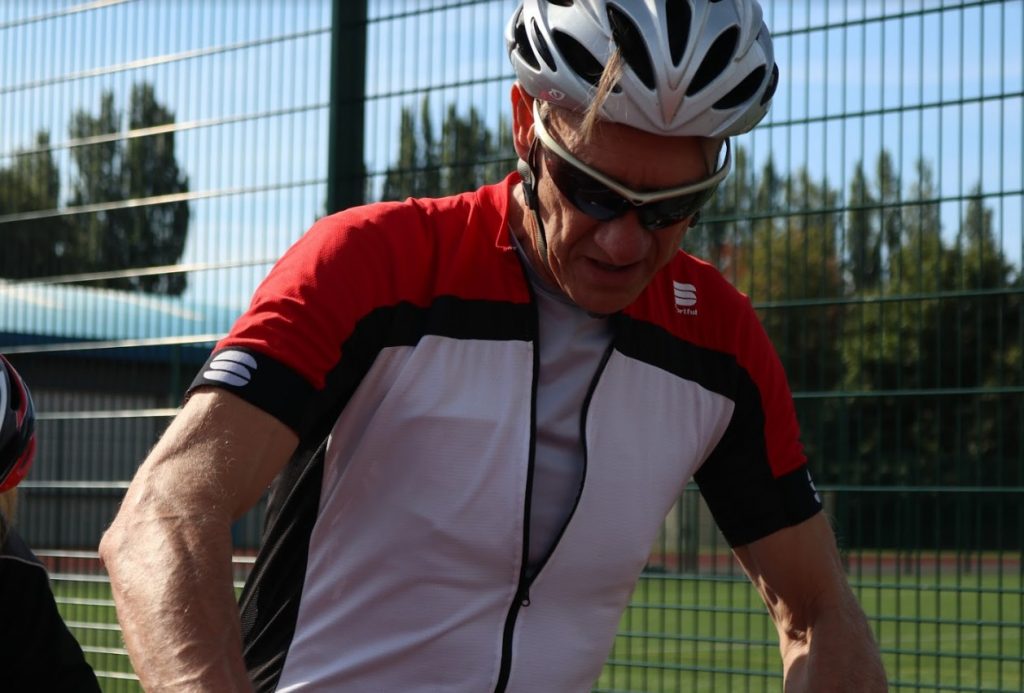 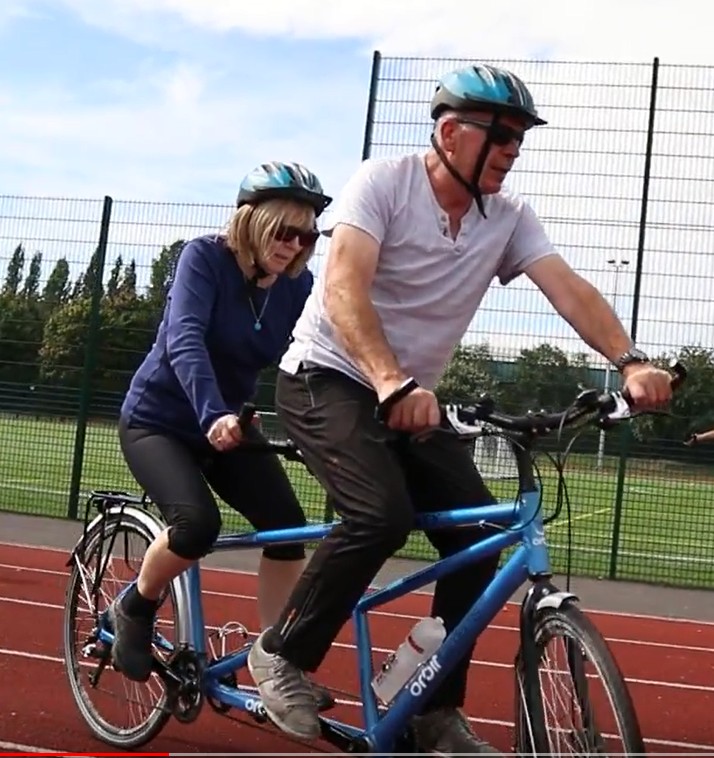 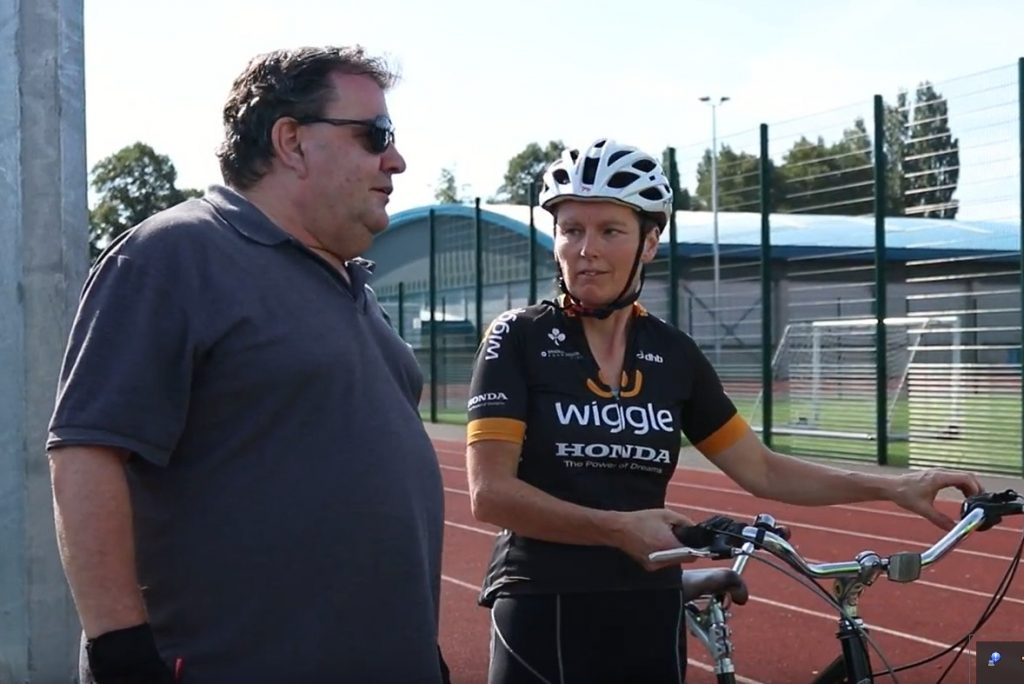 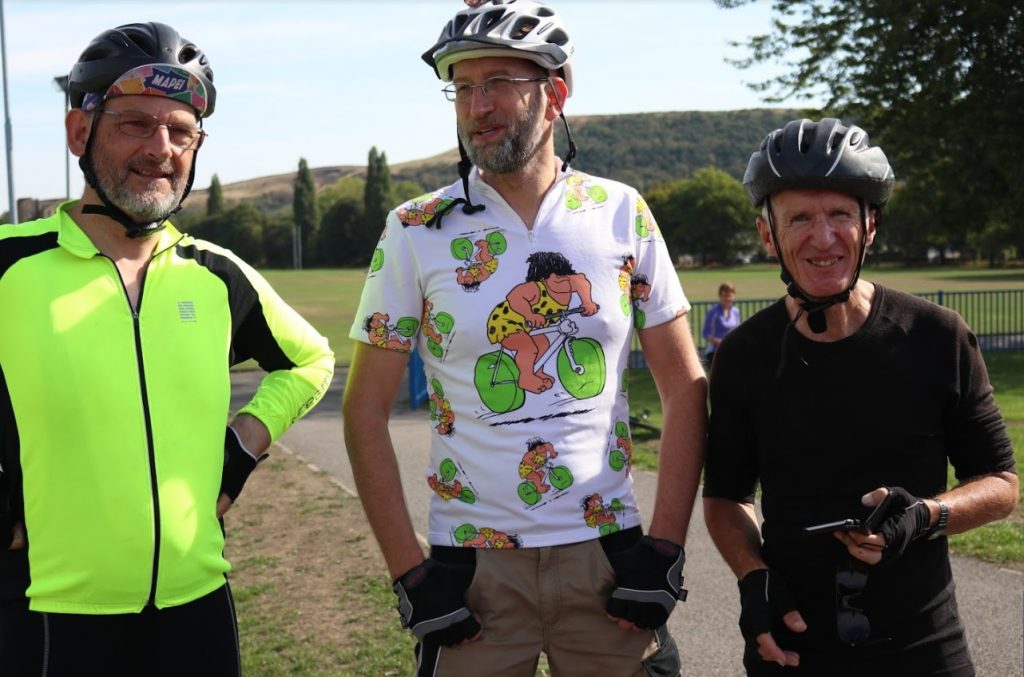 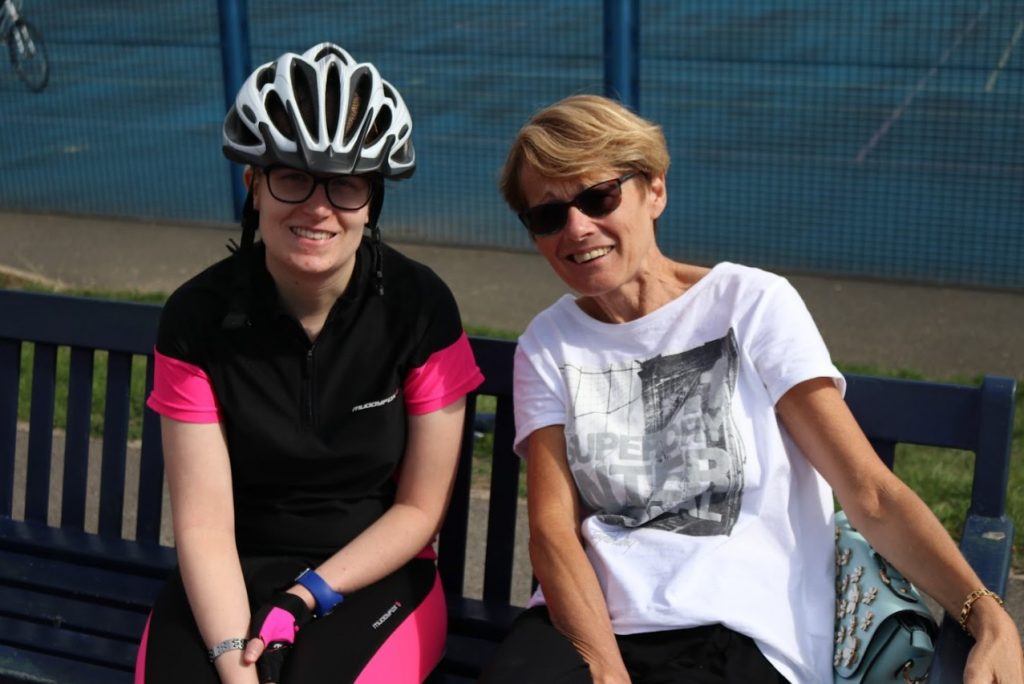