It’s always been a popular ride, and today was no exception. Seven tandems and a solo averaged the 26 miles at 13.6 mph; considering the gravel surface and other trail users, a very respectable average – north of 16mph on the return. 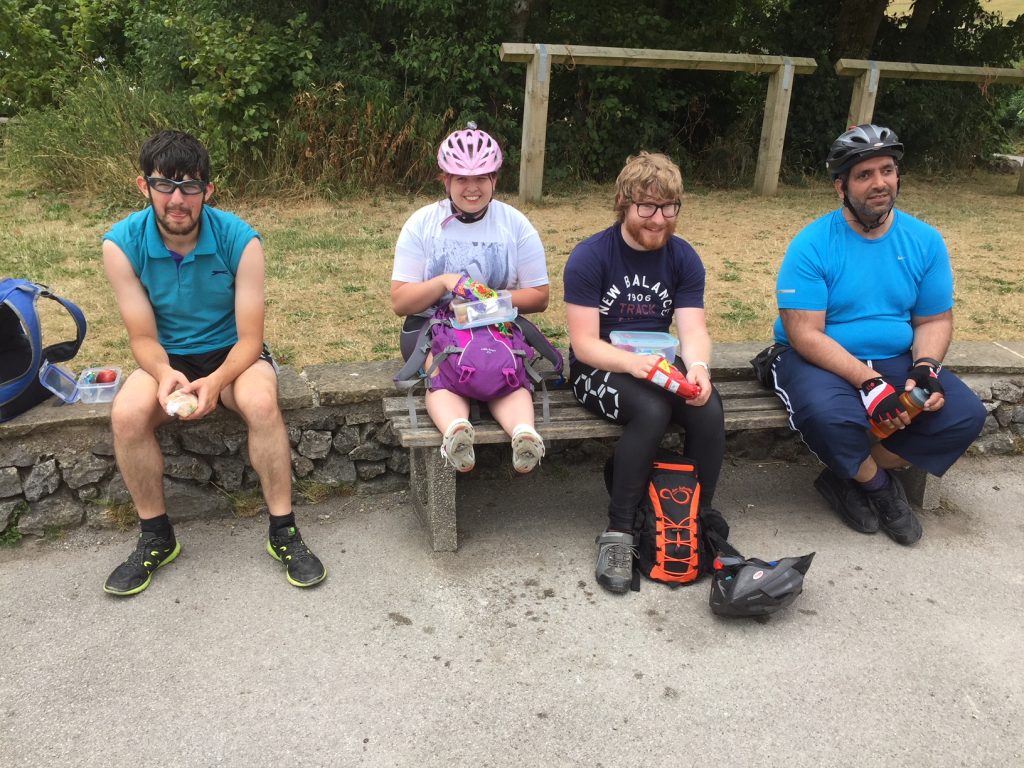 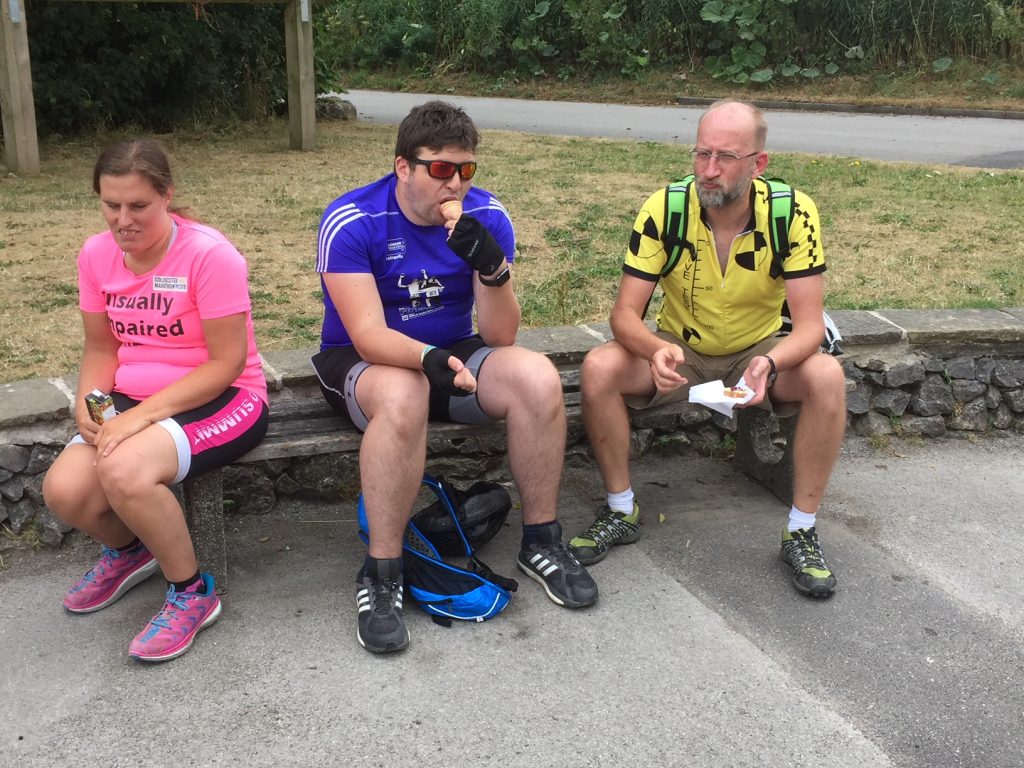 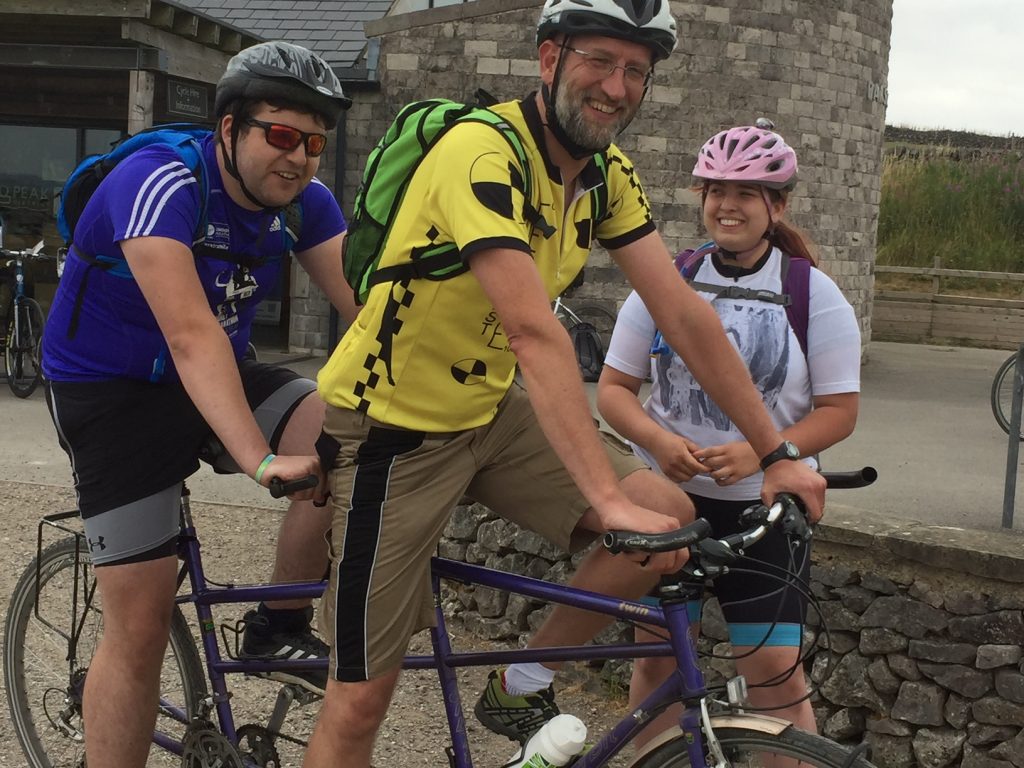 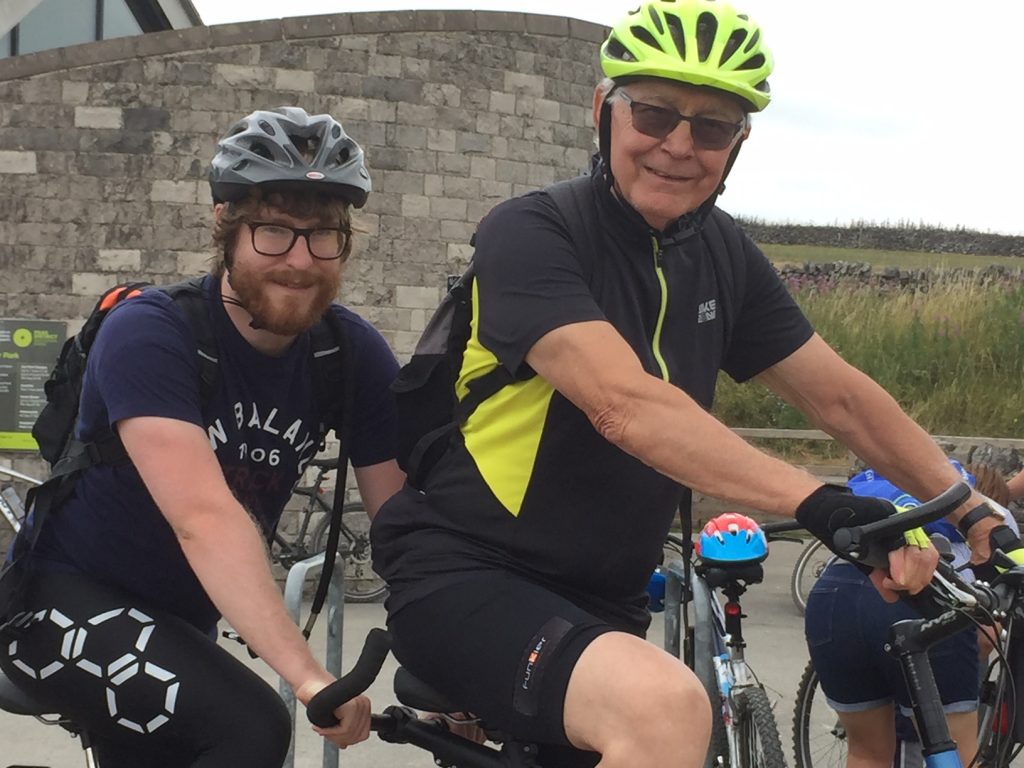 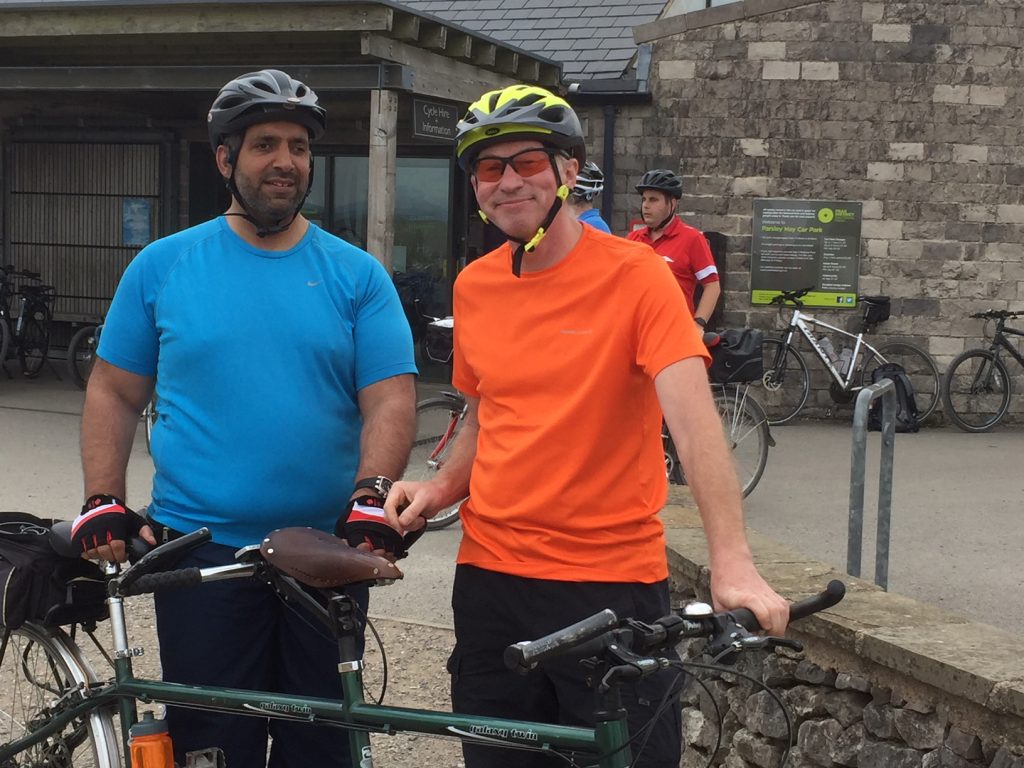 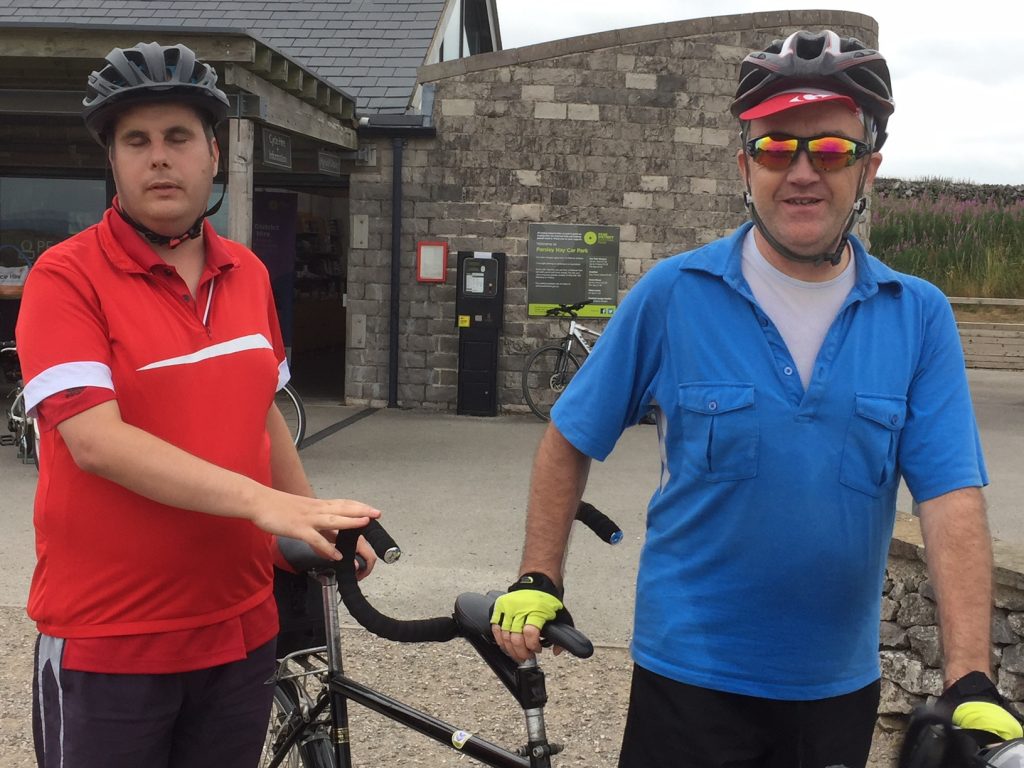 If Carlsberg did Tandem rides, they’d have been very happy with this! 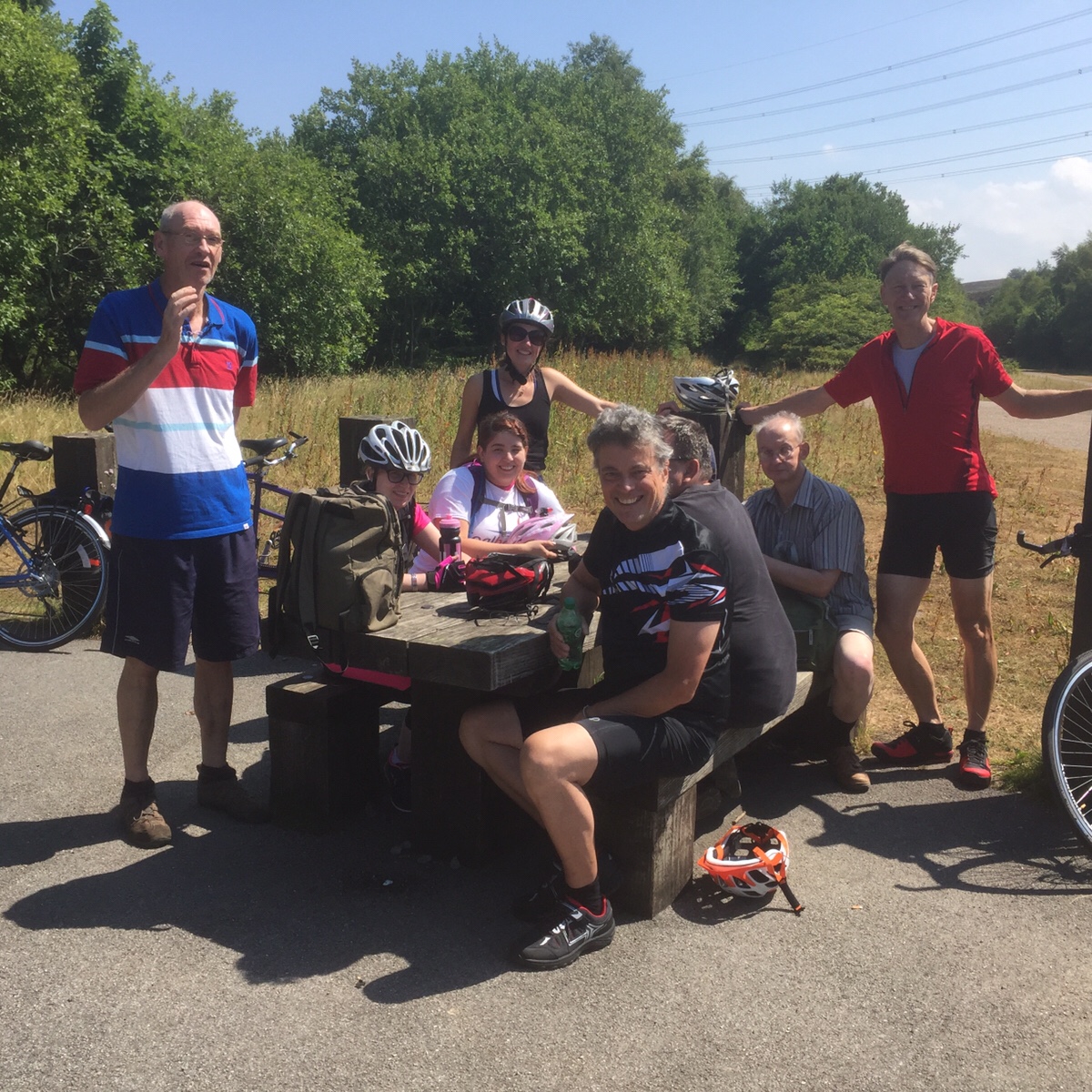 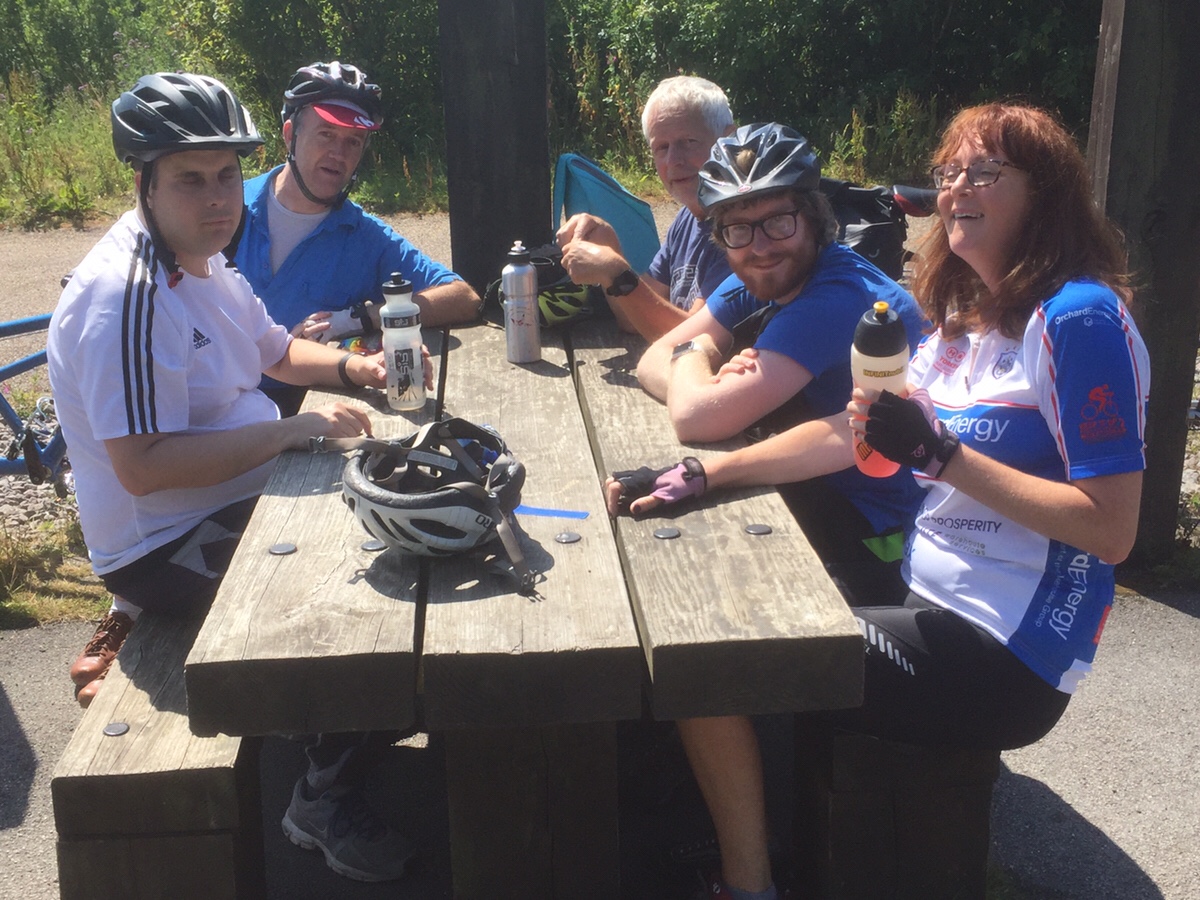 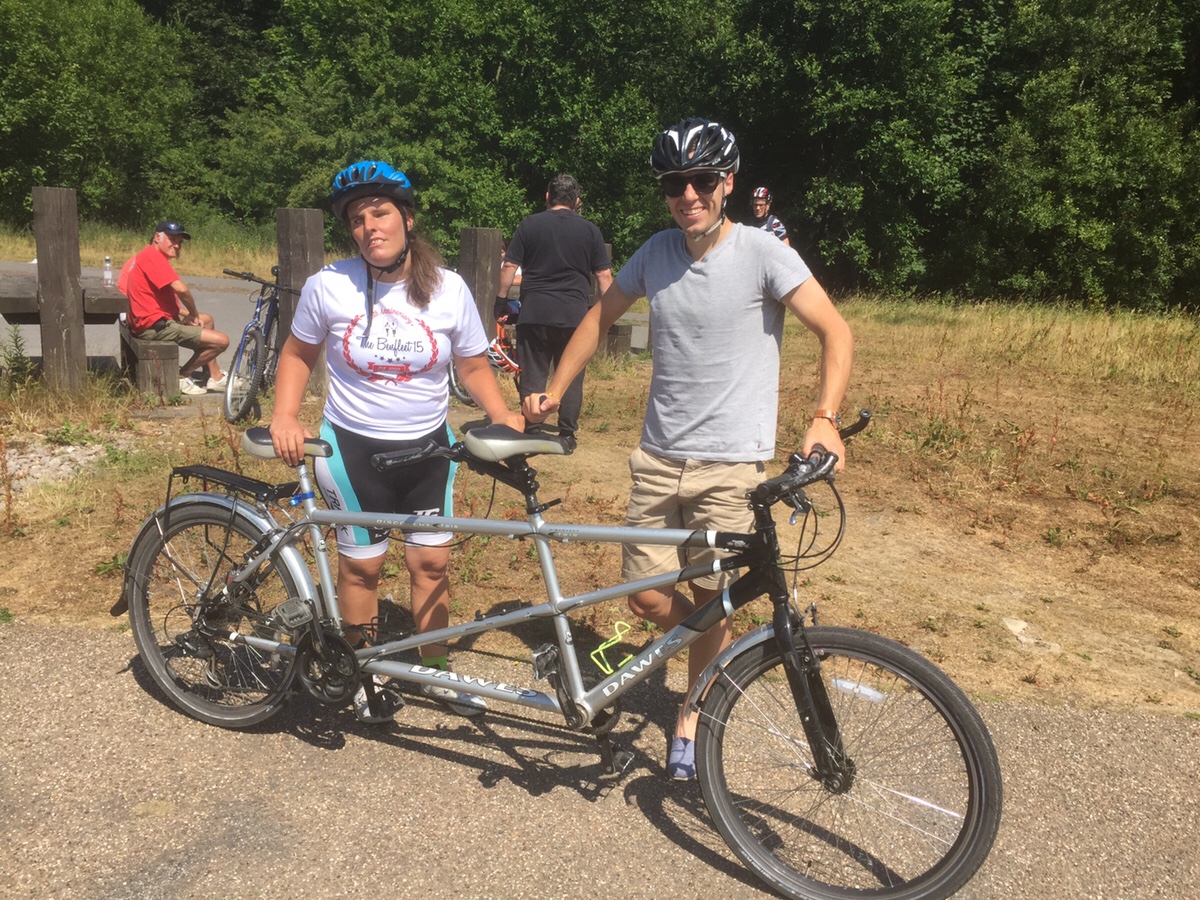 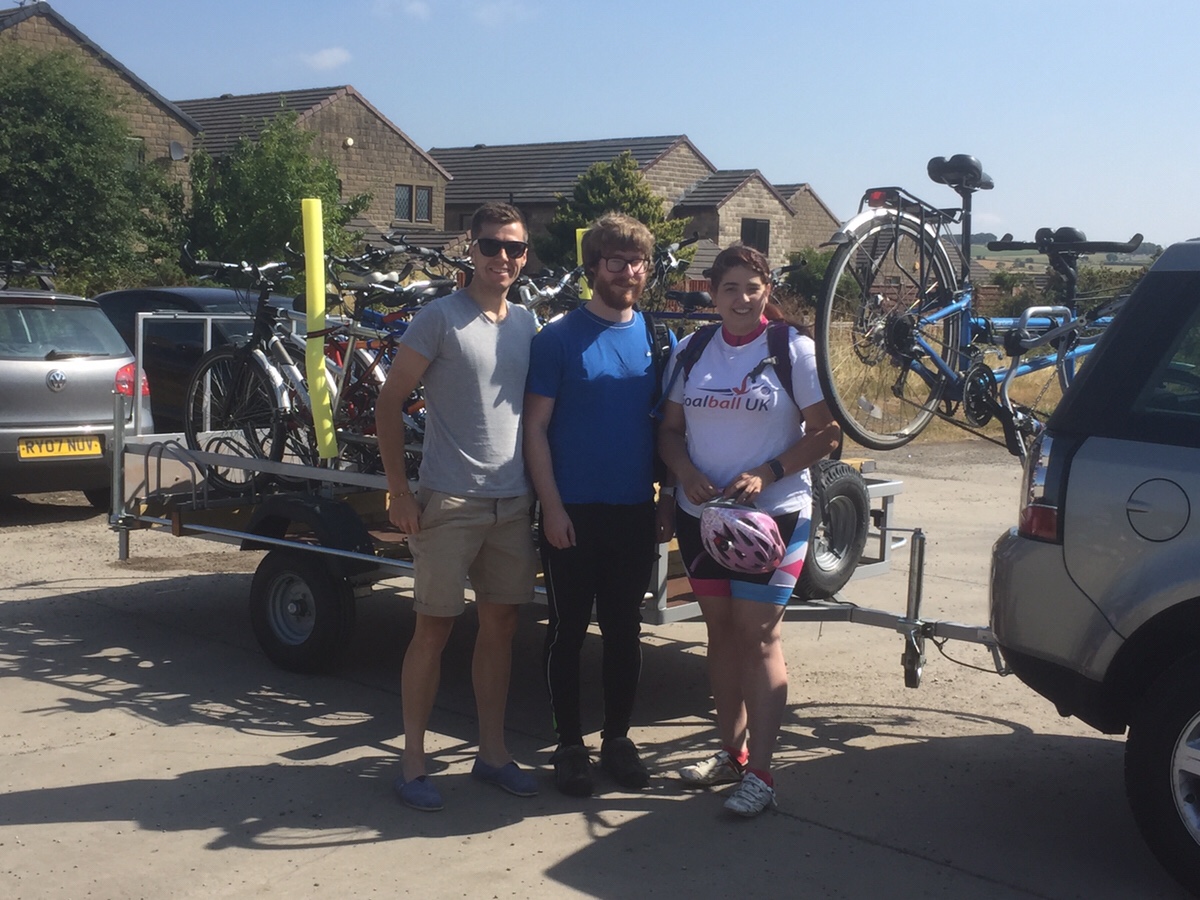 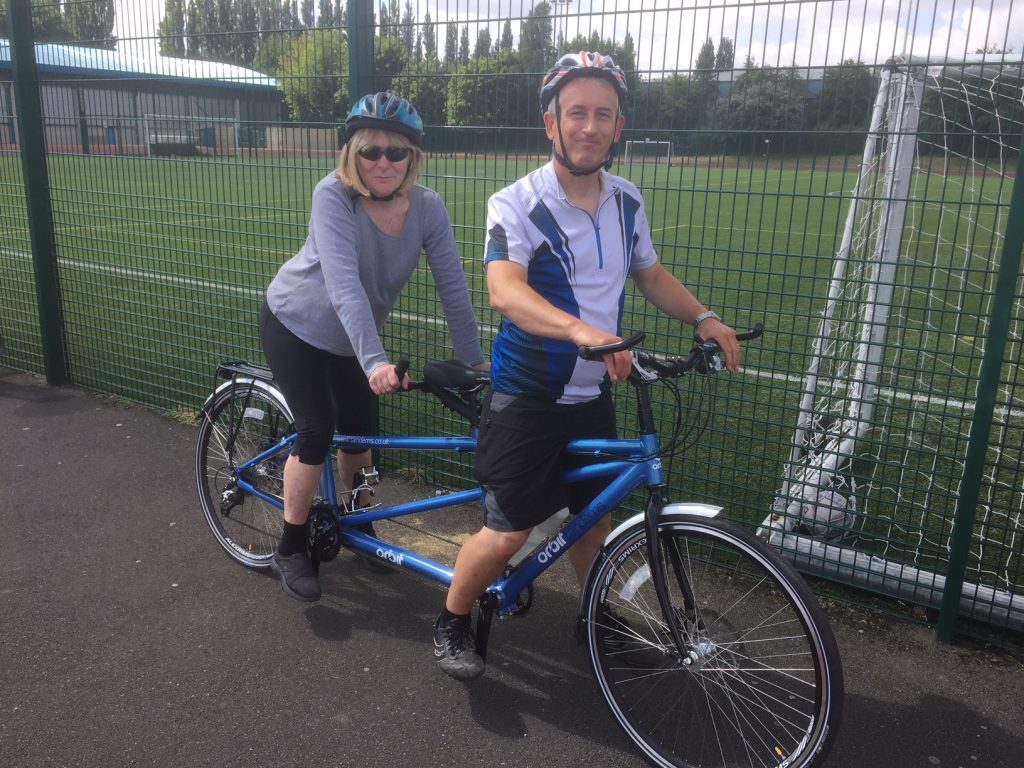 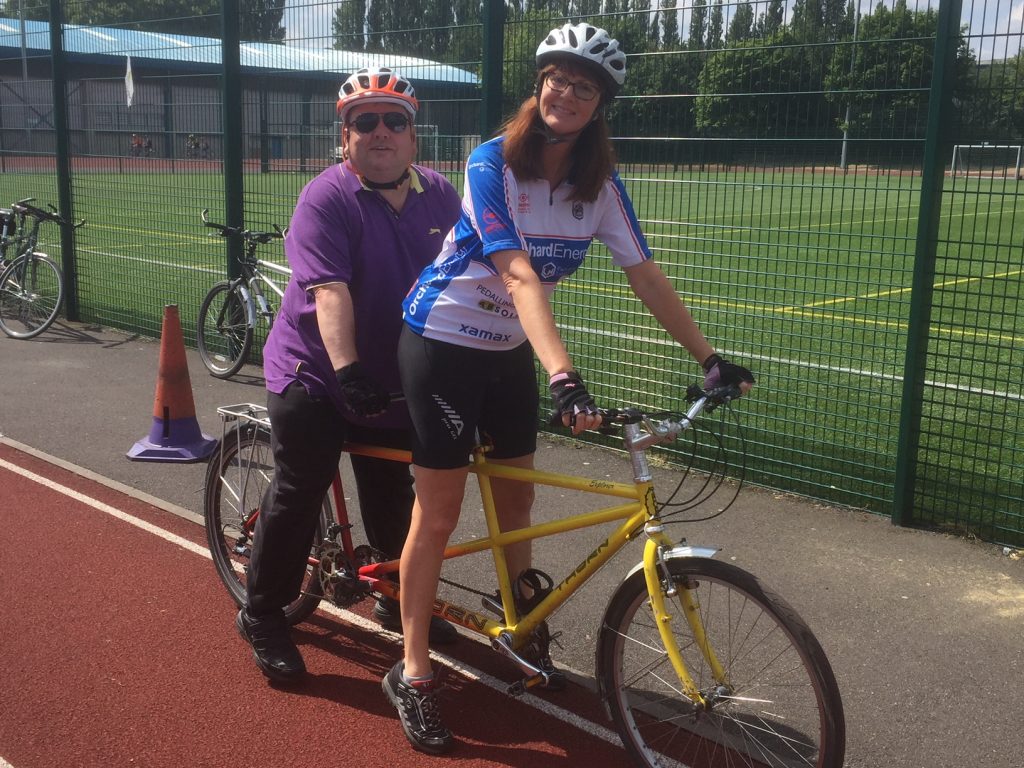 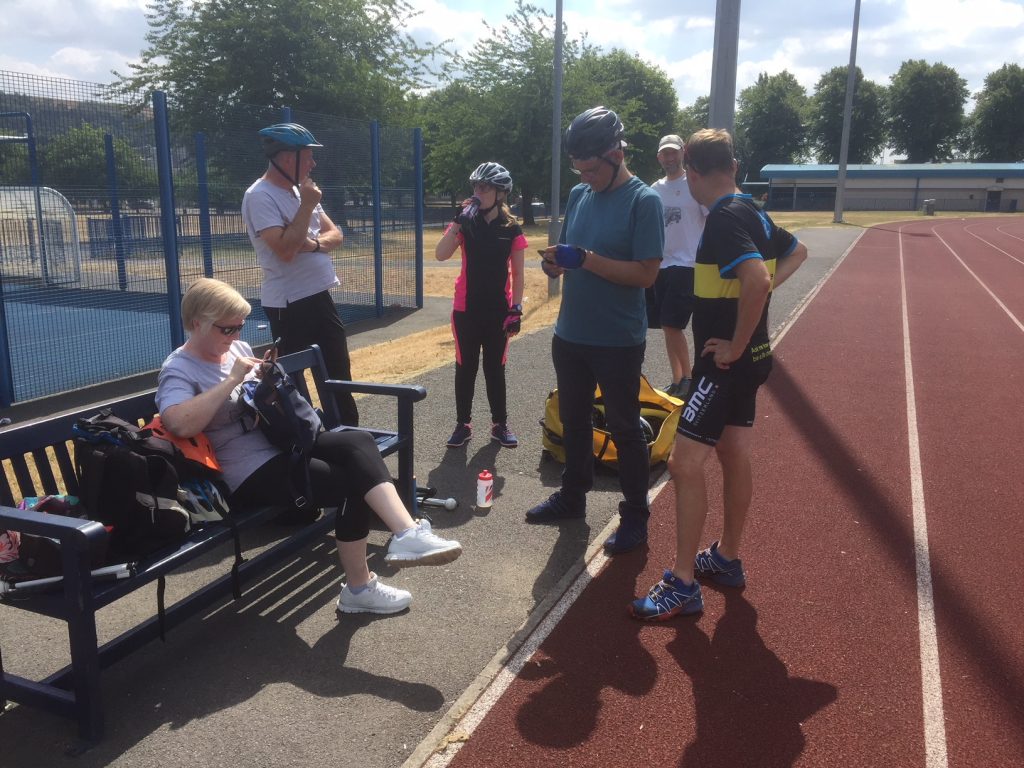 Pilots Ken, Keith, Damien, Jennifer, David Joyce. Stokers Diane, Caroline, Hilary, Martin E, Tariq.  Lead Barney on a recumbent solo.
After an initial lap of the racecourse to try and find a good exit point to join the tarmac trail a 20 mile route of very level and quiet railway path with a few annoying tree routes and a non-existent café – yes, indeed, a failure of route planning was that the café had closed due to lack of staff since the risk assessment was carried out.
Everyone back to York Cycle show in one piece despite Mr Eatherley repeating his party trick of rolling over into the bushes whilst still attached to a tandem – one more pilot to add to the growing list of victims.
Inside the cycle show despite 20 miles in their legs a number of trekkers took the opportunity to go solo on recumbent tricycles – and Martin then attempted his second roll over incident of the day.
Shopping, food and coffee completed all home after a good day out – one to think about for next year and probably the easiest / flattest 20 miler we can muster. 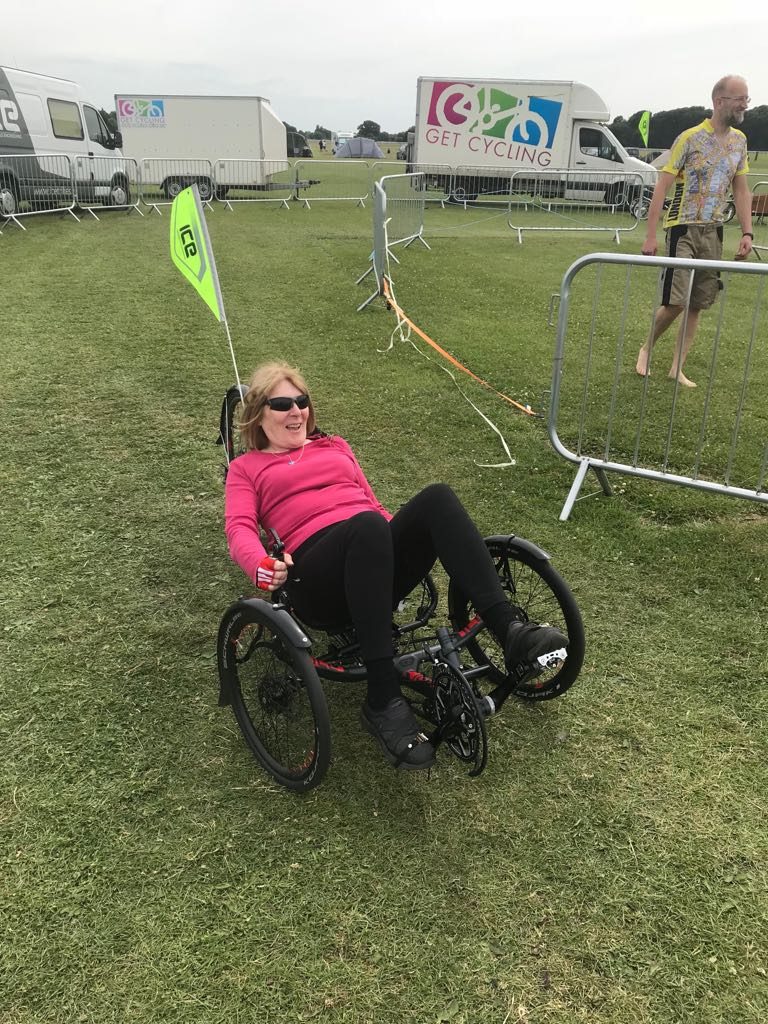 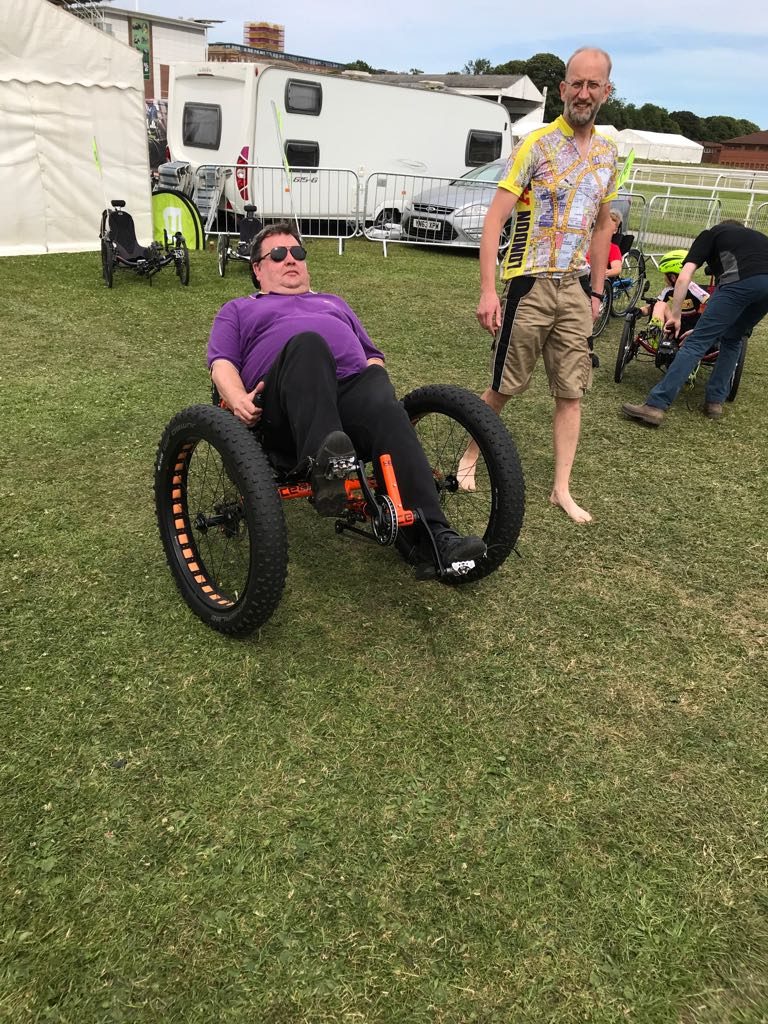 2 Trekkers Tandems, 5 Beech Holme Tandems and 5 Beech Holme Solos. Pilots Barney Harle and David Joyce. Stokers Martin Eatherley and Chris Vaughan.
30 miles of city centre cycling, railway tracks, minor roads and a return into the city roads with a stop for fish, chips and pop.
A grand day out for all, a chance to show off our new tandems and our new trailer.
Many thanks to our friends at Beech Home for organising and leading the ride.